They were introduced to each other at a local bar, in Germany, and one year later they happened to run (literally) into each other again. Their first unofficial “date” was on New Year’s Eve 2012, and they have been inseparable since then.

The first choice for Kath & Juergen’s wedding celebration was back home, in Germany. But after planning the wedding they realized they were not true to themselves, and then came the change of plans. Las Vegas Wedding, baby! We will let you hear the story directly from Kath:

“Before we decided to get married in Vegas, we had a different plan:

As it got real, and I realized that we were REALLY getting married, I was thinking about a small ceremony and a big wedding party in the evening with friends and family, great food and a cool Rock n’ Roll band.

Well, a BIG Wedding on a low budget. I was checking possible locations and thinking about a theme and decoration, and thanks to Pinterest I got overwhelmed with ideas.

By the day we changed our mind – everything was organized, we had found a location, the band was booked, and the closest friends and family were already invited.

One evening we sat together, ran through our budget plan and guest list when we looked at each other and said: is that really what we want to do??

I made a joke and said that we could still cancel everything and book a flight to Vegas… and Juergen nodded.

And soon, we were organizing it again, but now everything the other way around.”

Kath says her dress was love at first sight. They love rockabilly, and that was her inspiration dreaming up of the wedding day. For photos, they chose the classic and unique setting of the Neon Museum, followed by some colorful areas downtown that fit well their fun and playful personalities. 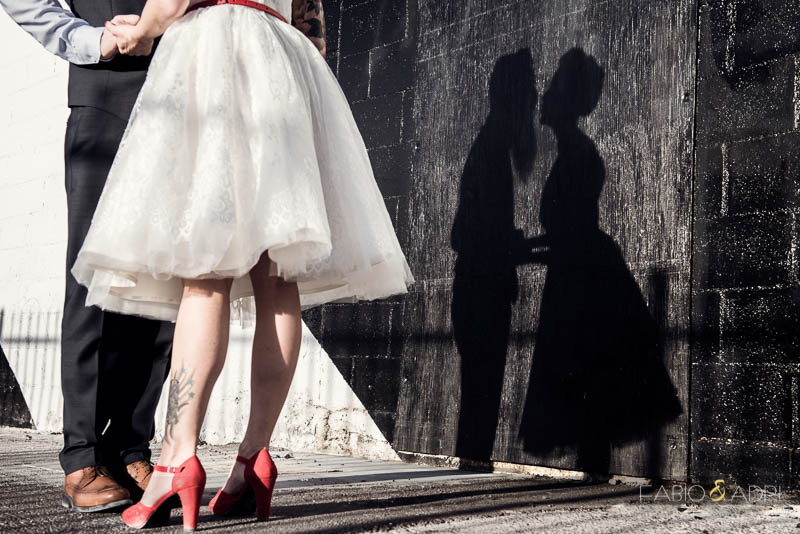 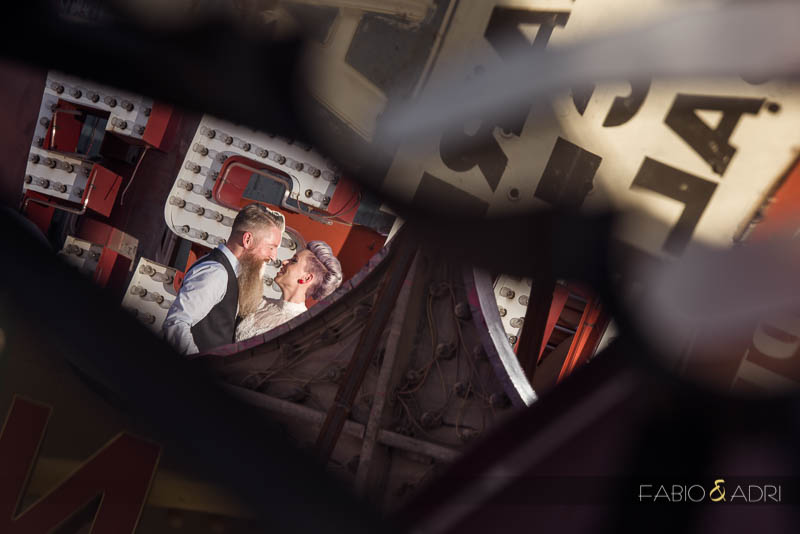 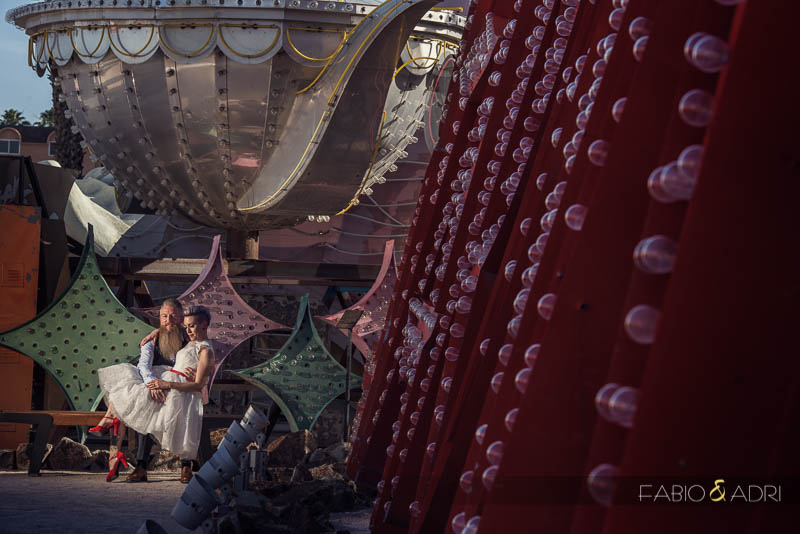 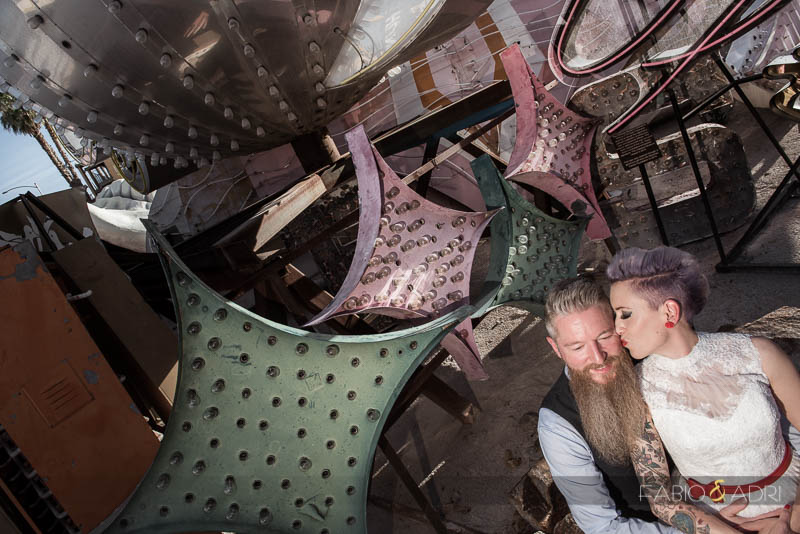 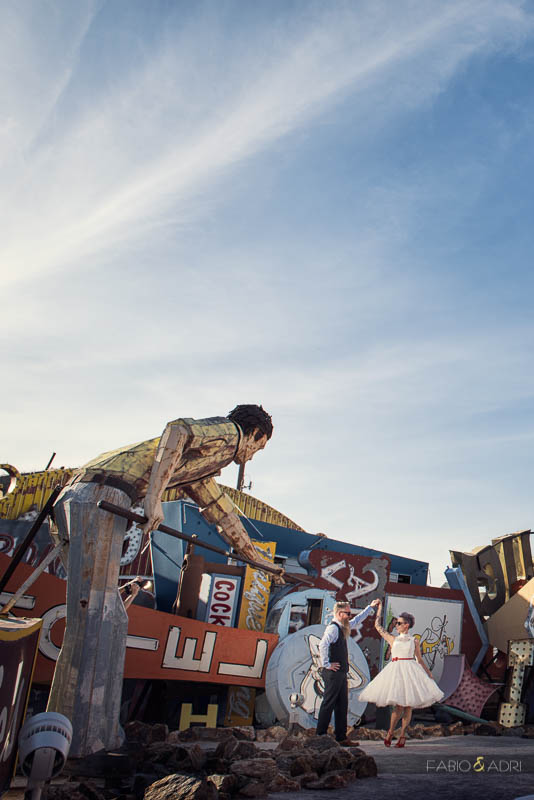 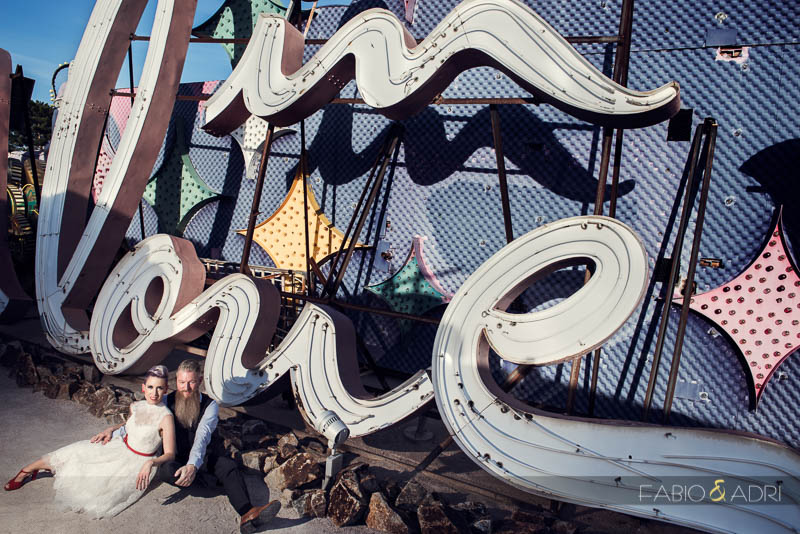 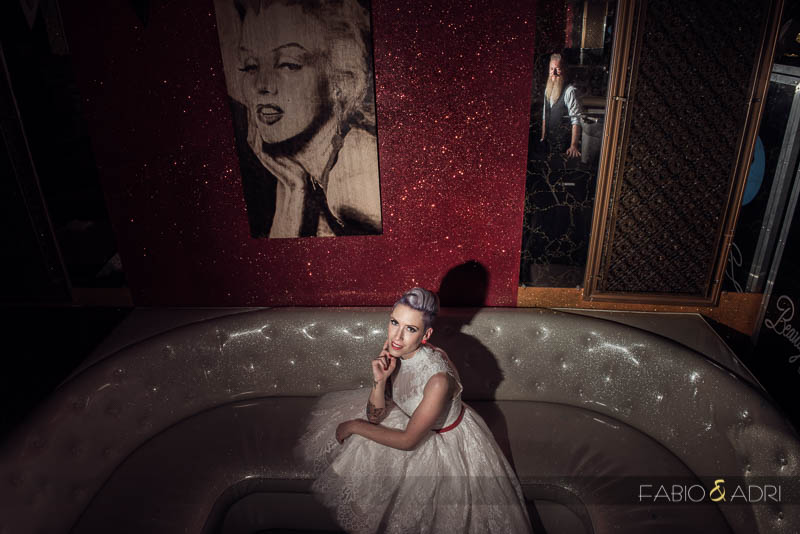 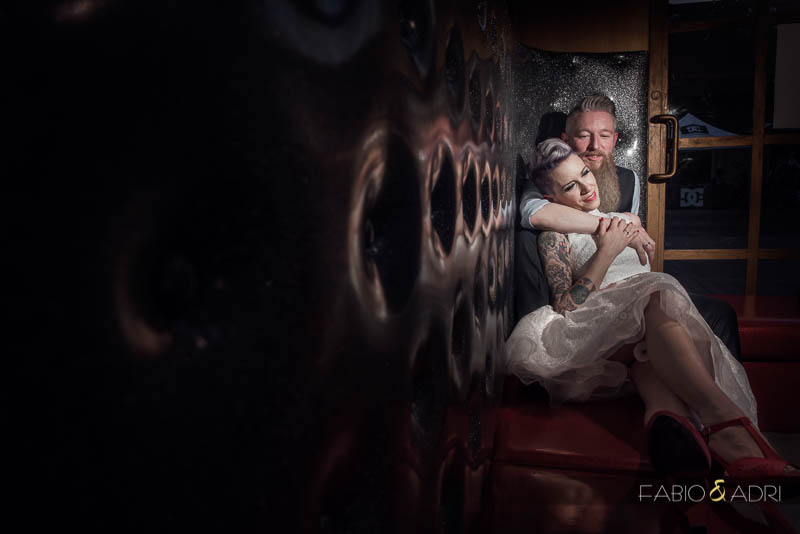 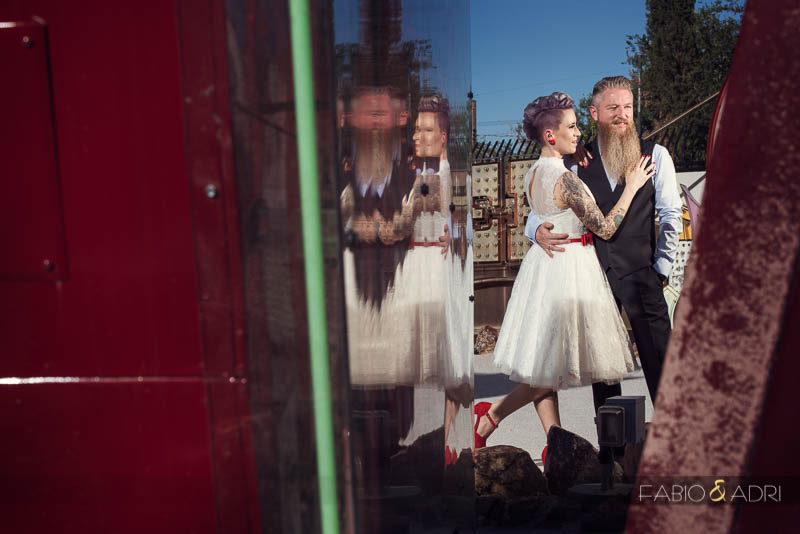 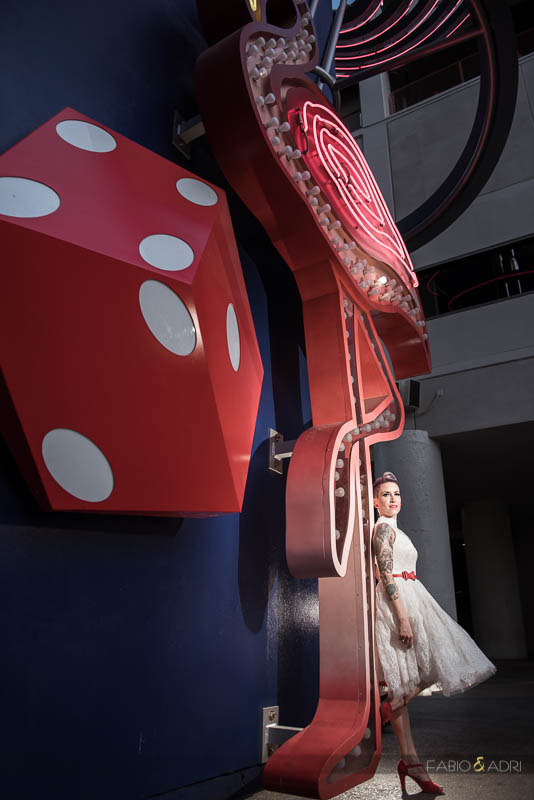 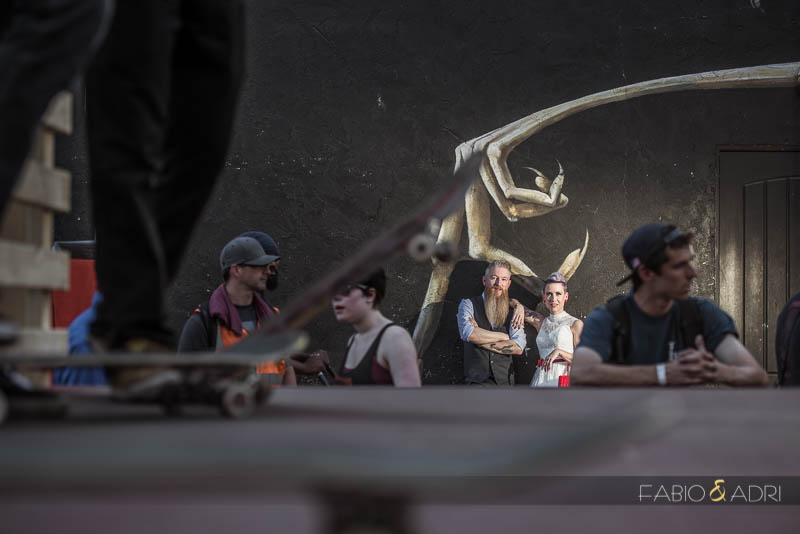 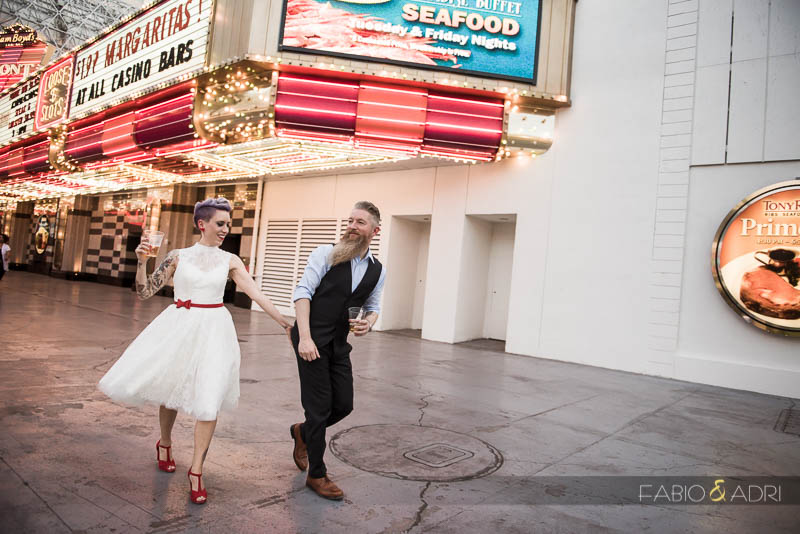 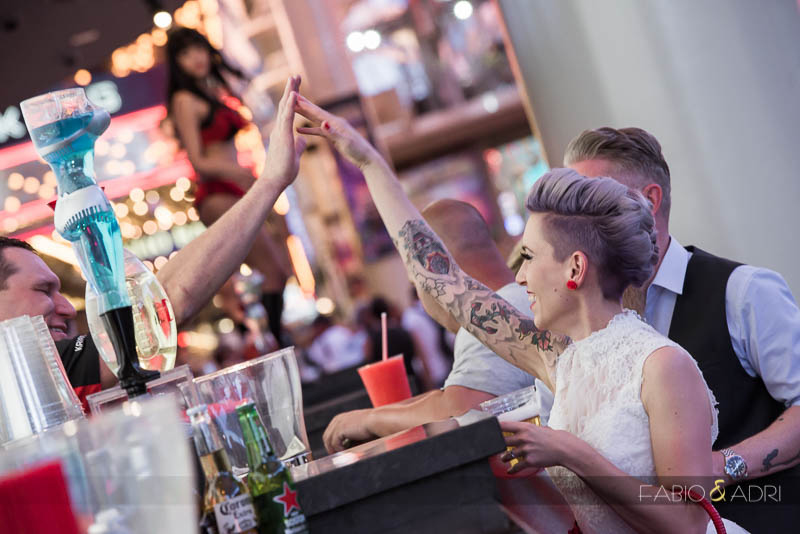 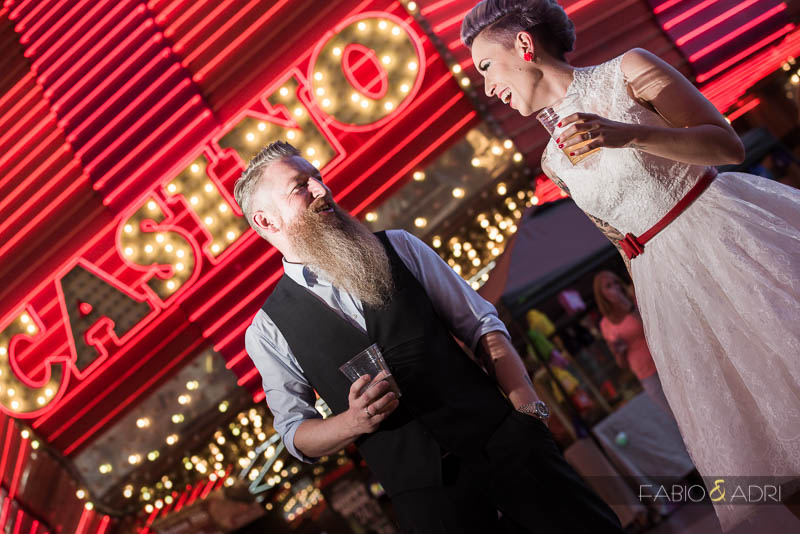 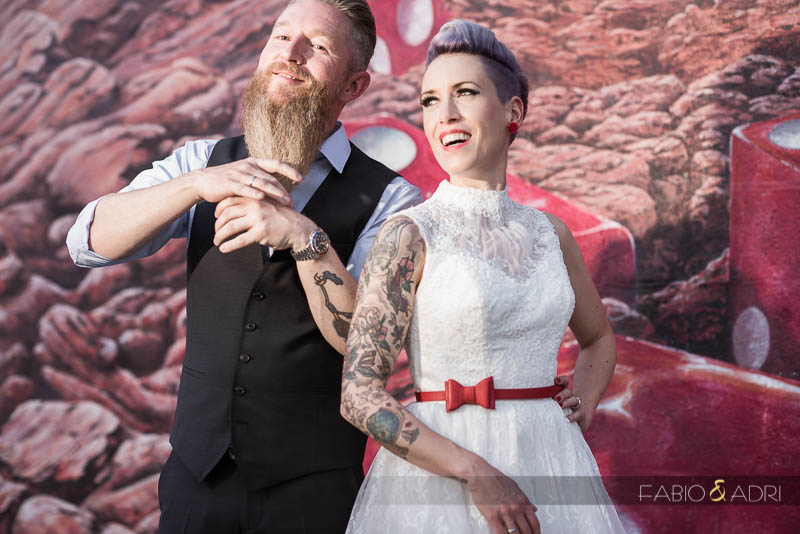 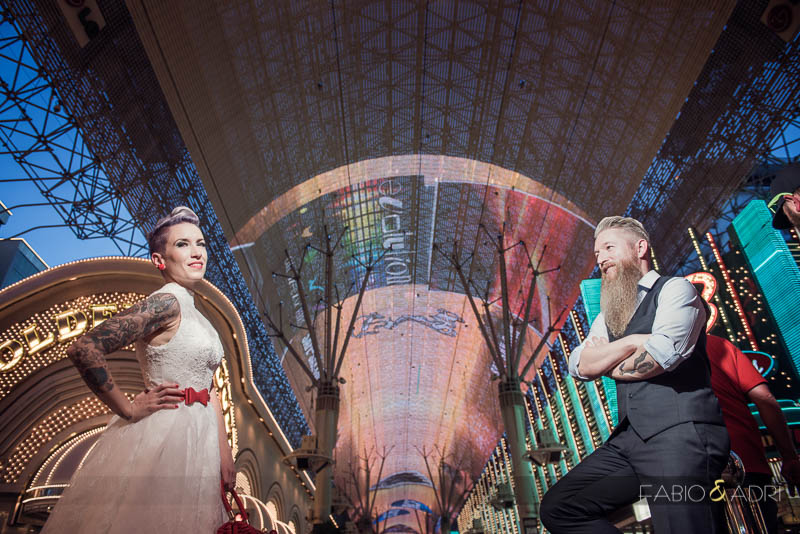 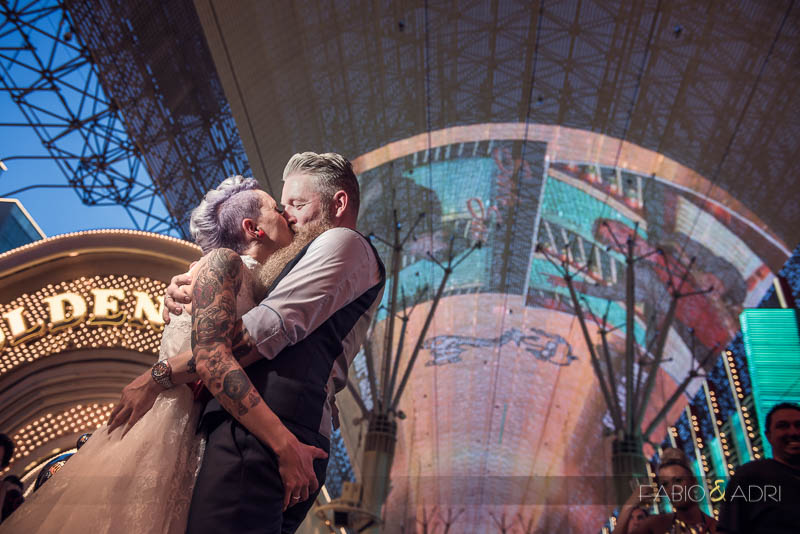 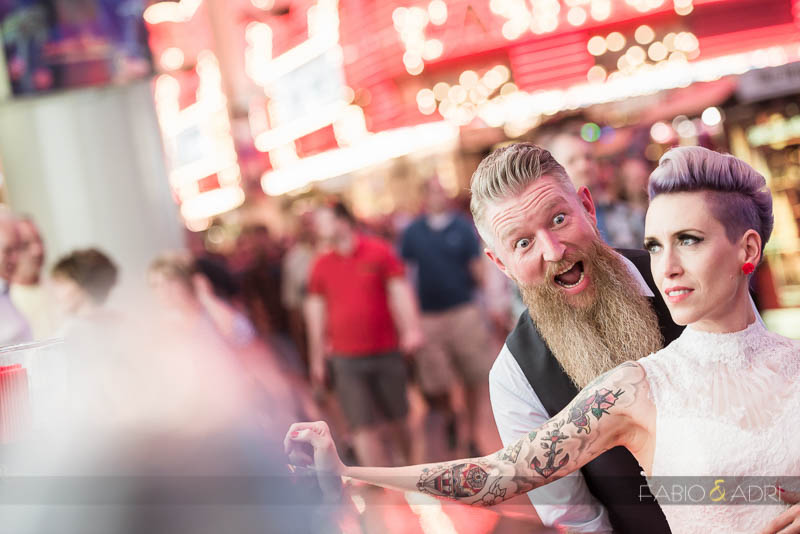 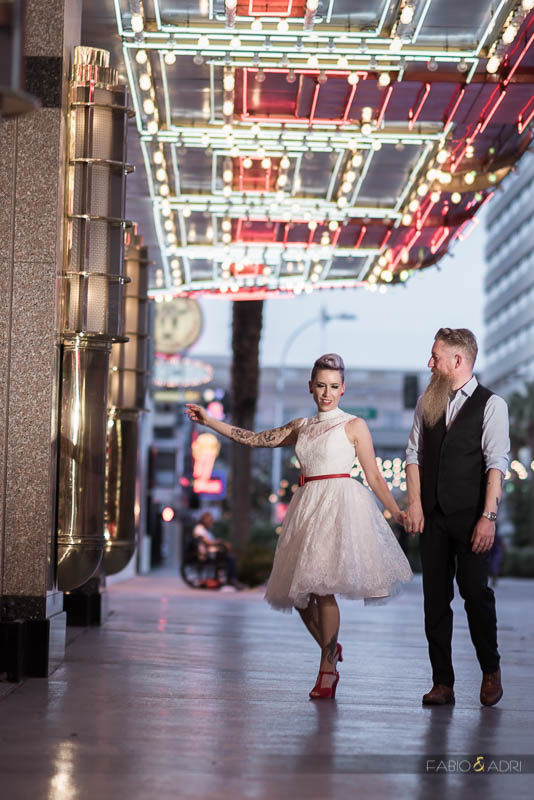 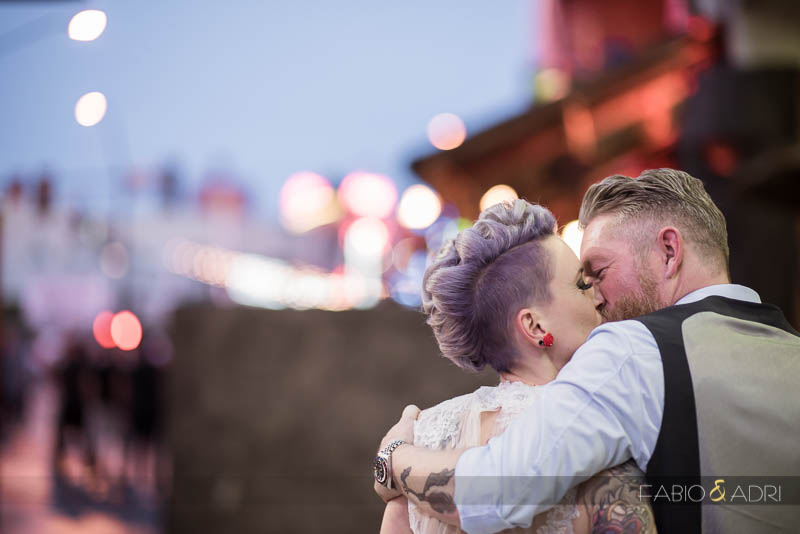 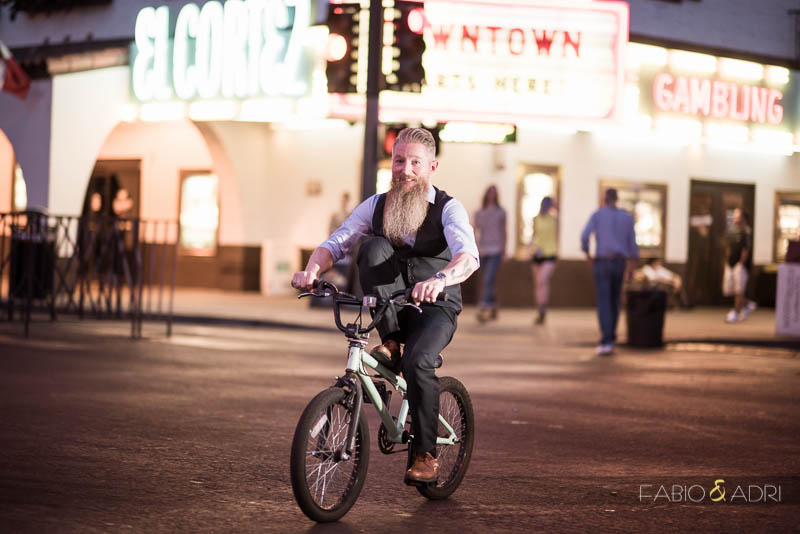 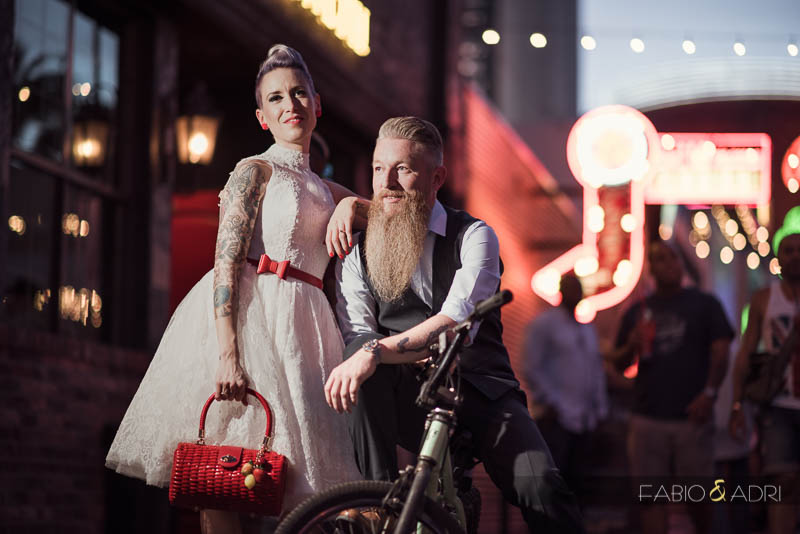