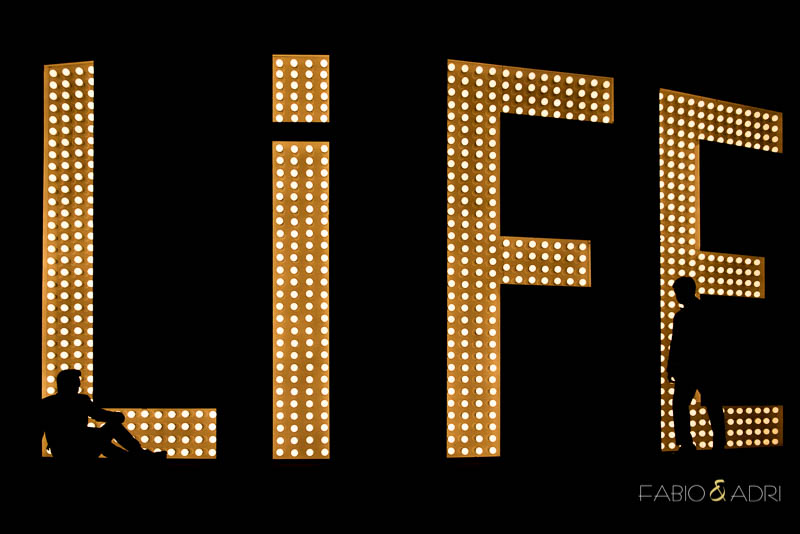 Today’s celebration has a lot of sophistication and style with a fashion edge. And what a better place for such wedding than the SLS Las Vegas, with it’s playful, and modern decor. Las Vegas was the perfect choice for a destination wedding for this San Francisco couple, as most guests were coming either from their hometown or Southern California. And we can almost say Las Vegas is smack in the middle. Let us introduce you to Corey and Robert!

The day started with Corey getting ready at one of the suites along with a few close friends, and lots of champagne. It took a little while but thank you to Vincent and Google, Corey’s freestyle bow tie looked nice and sharp. Robert got ready in a separate room, and was joined by his family soon after.

They exchanged vows at the Sayers Club Las Vegas, an intimate live music venue that is an extension of the SLS styling and ambiance. Robert’s family members played the flute and the guitar during the processional, and Robert started singing as soon as he entered the room. As Corey walked in, it was hard to contain the tears.

The ceremony was followed by a reception at the SLS Congo ballroom. Destinations by Design was there to create the look and feel of the party. The contemporary and sophisticated feel was conveyed throughout all of the details, and it looked stunning with the purple accent. The place cards had a picture of each one of the guests, printed as black and white polaroids.

Shortly after dinner and toasts, the couple was invited to the dance floor to dance with their respective mothers. During mid-dance, they were interrupted by one of the servers (actually a disguised performer), who took over the dance floor as guests watched astonished the start of a Flash Mob. A few minutes in, Corey and Robert joined the Flash Mob with an amazing performance that delighted the guests. Now, I have to say this is a great start to getting everyone excited and ready to show their moves. The dance floor was suddenly packed, and it stayed that way until the end of the night.

Also, check out the gravity defying photo op set that was so entertaining that became one of the focal points of the night. 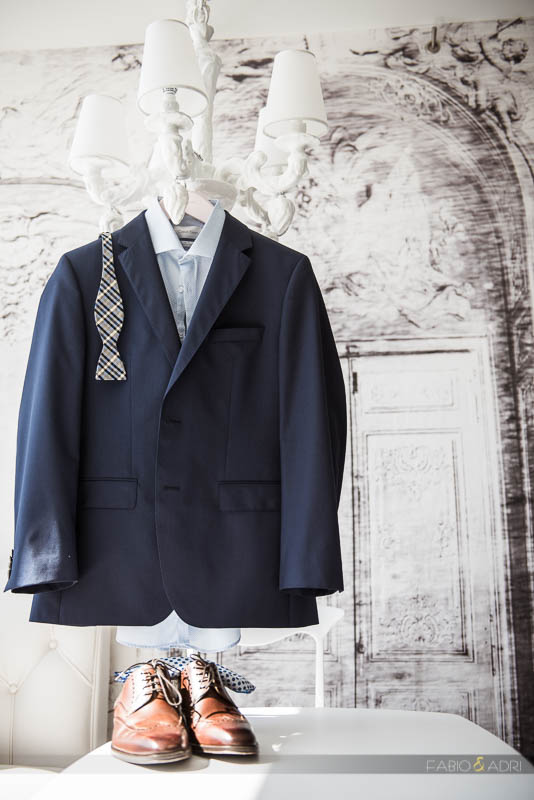 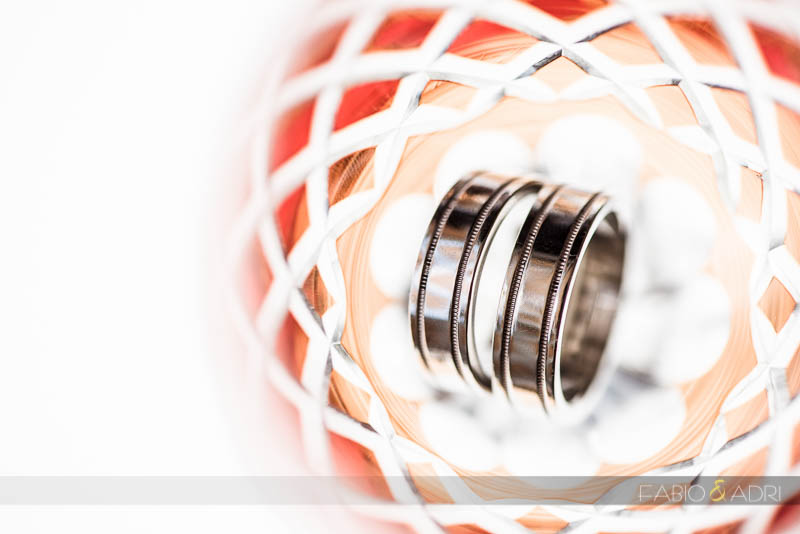 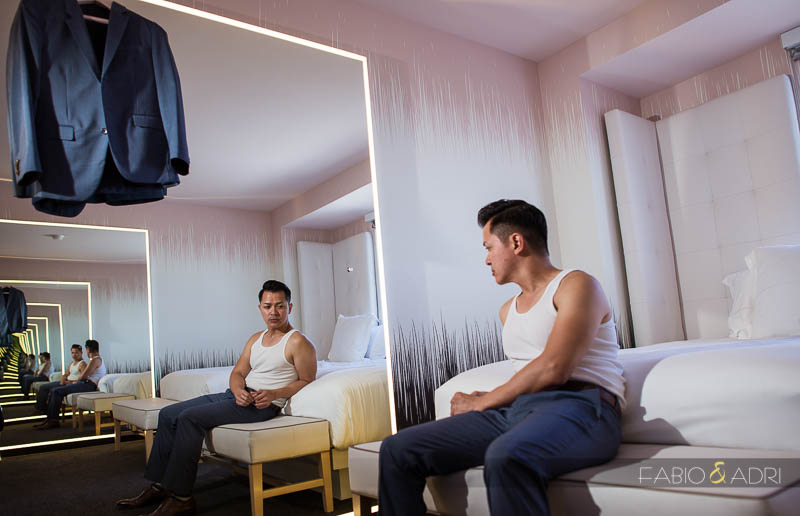 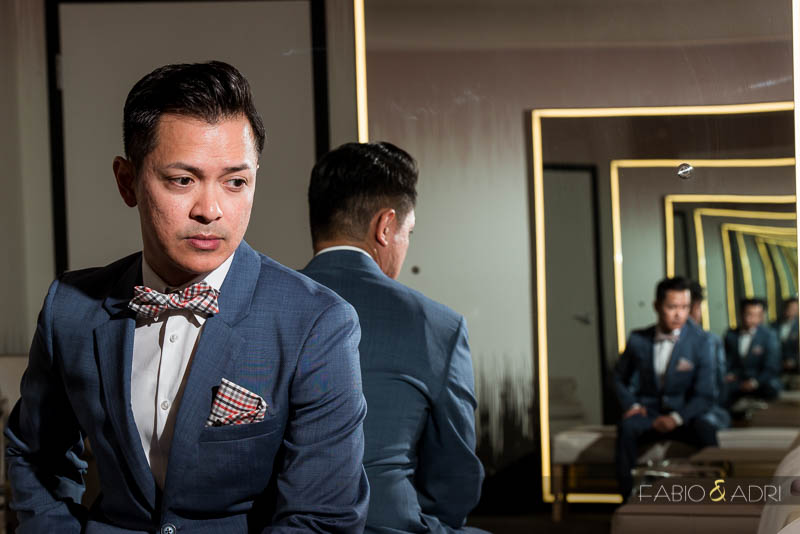 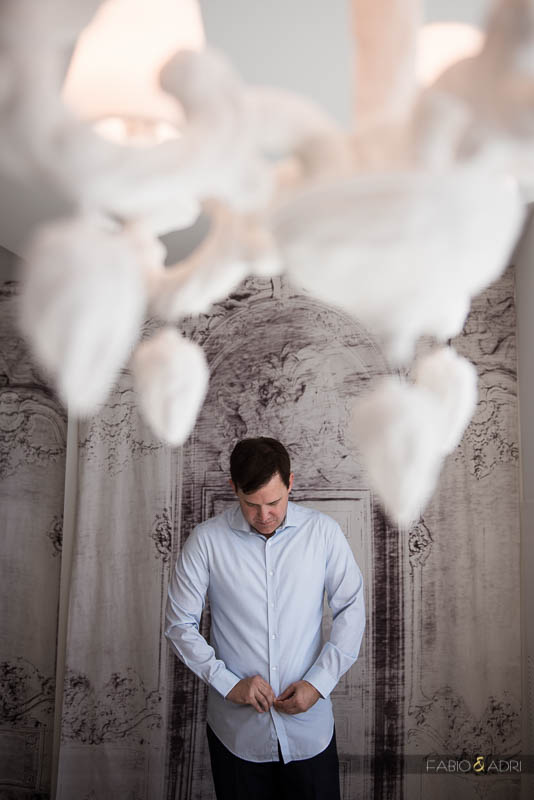 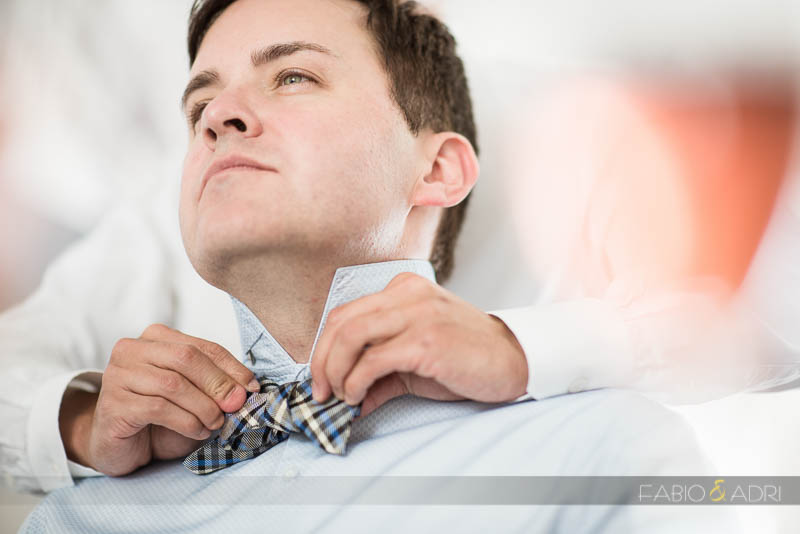 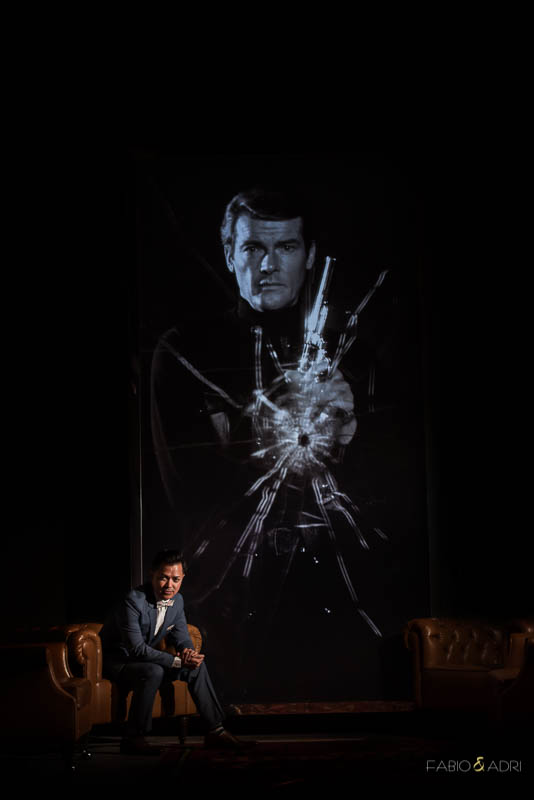 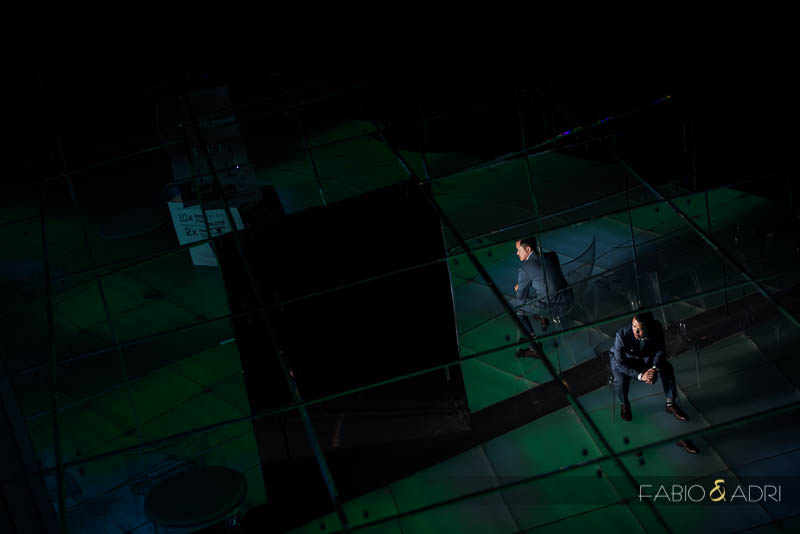 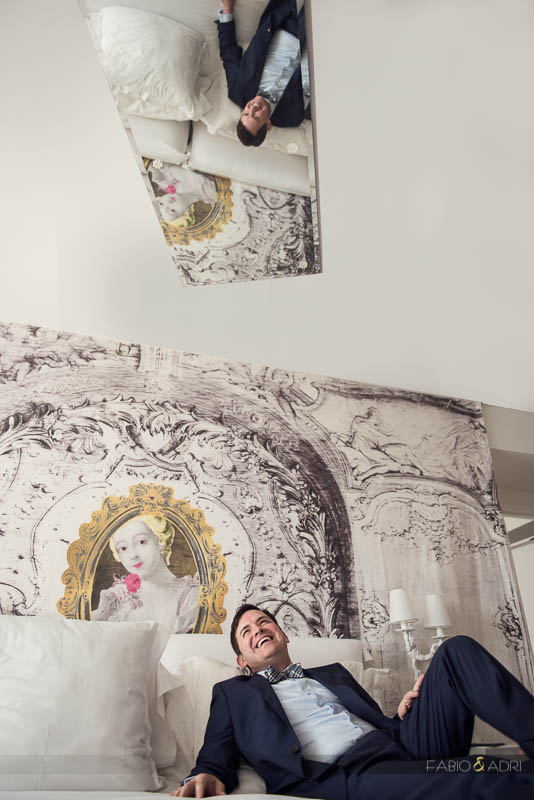 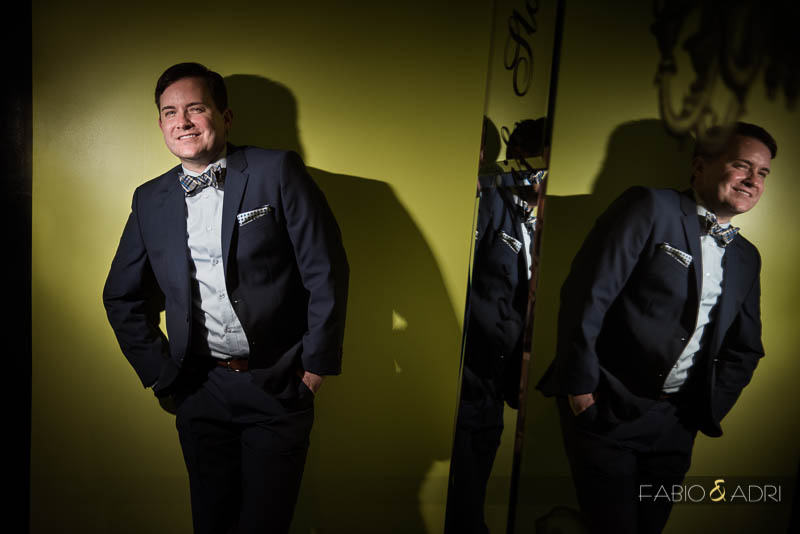 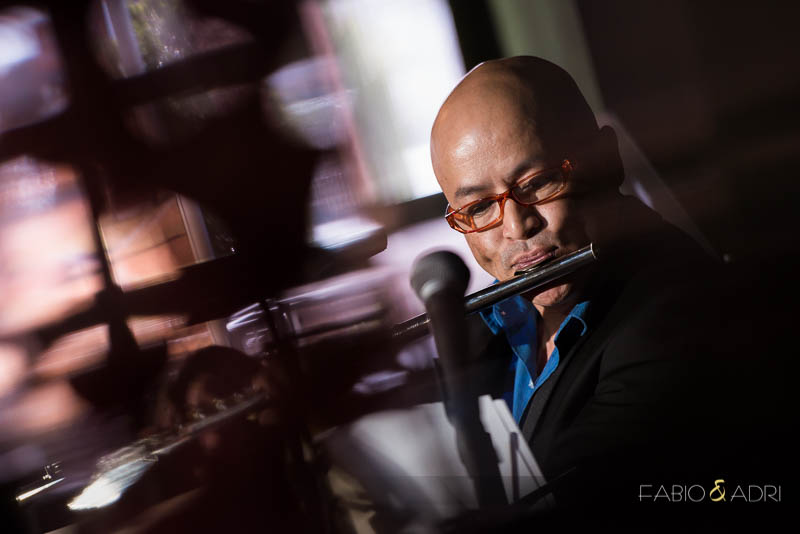 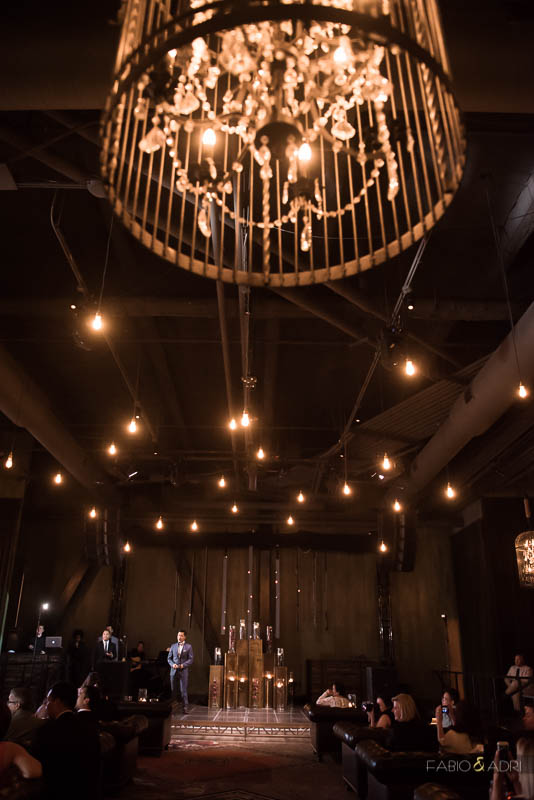 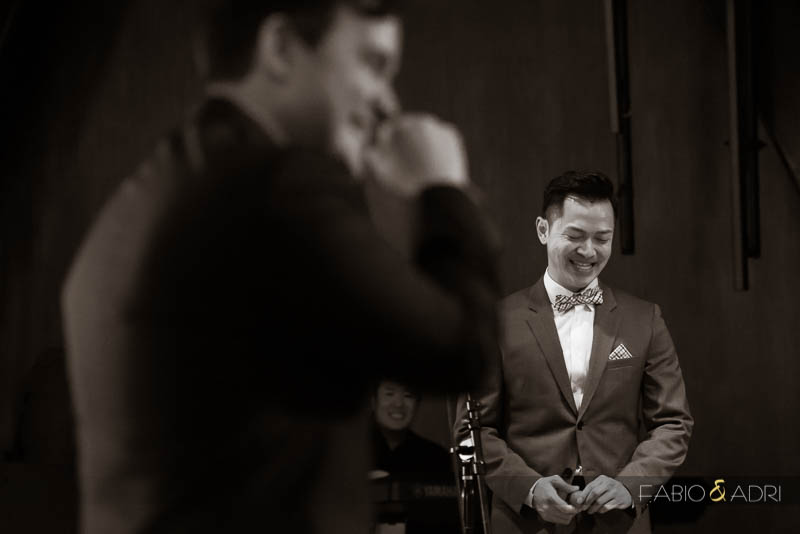 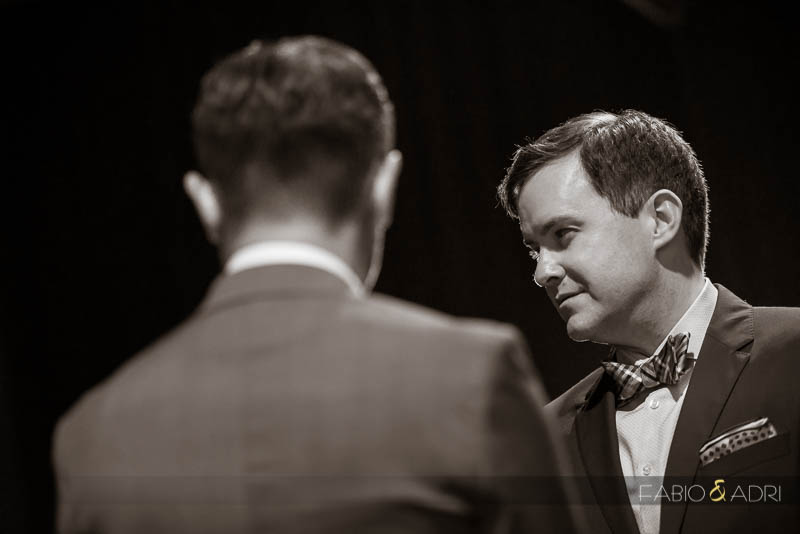 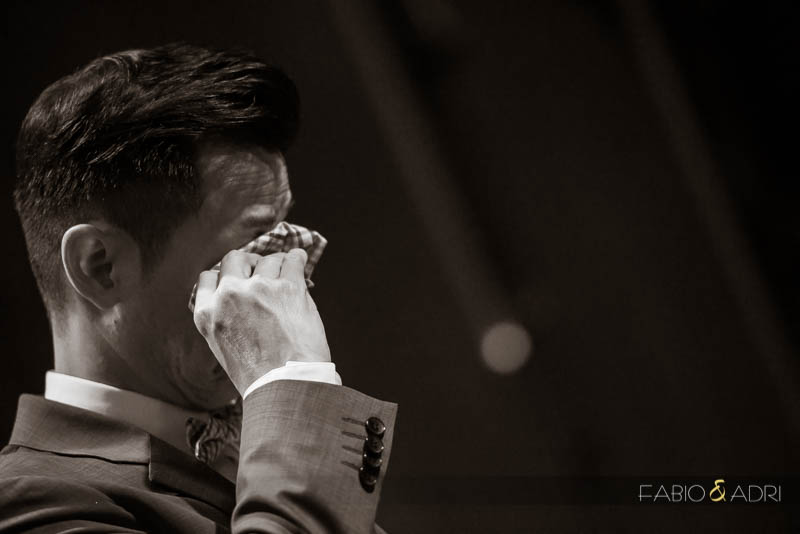 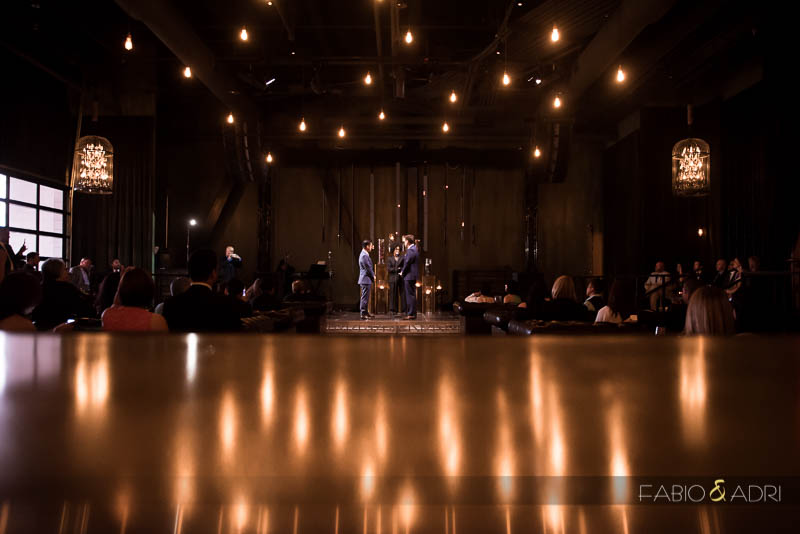 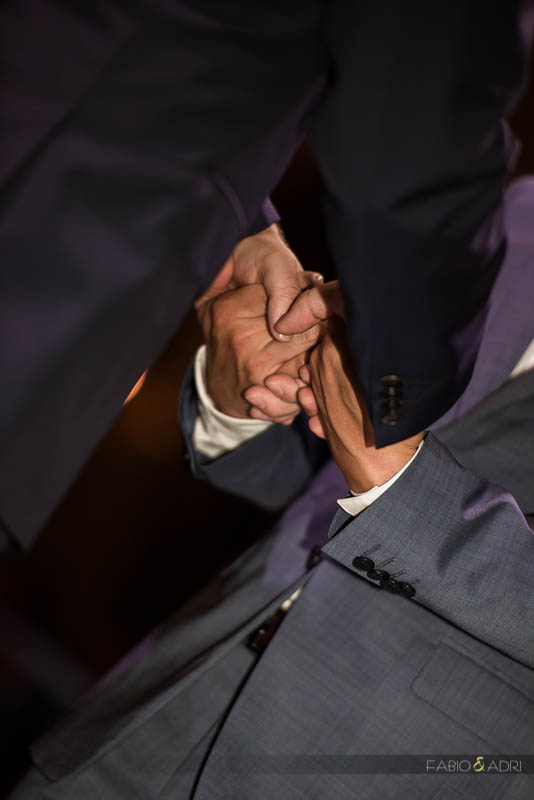 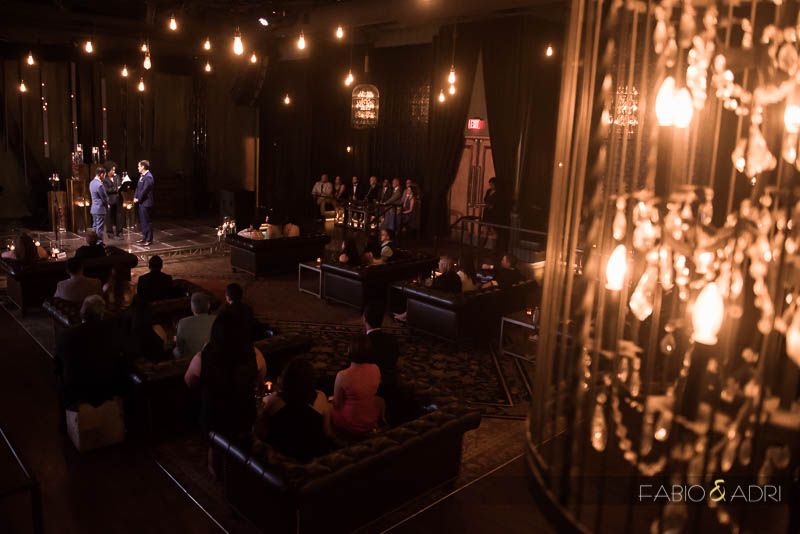 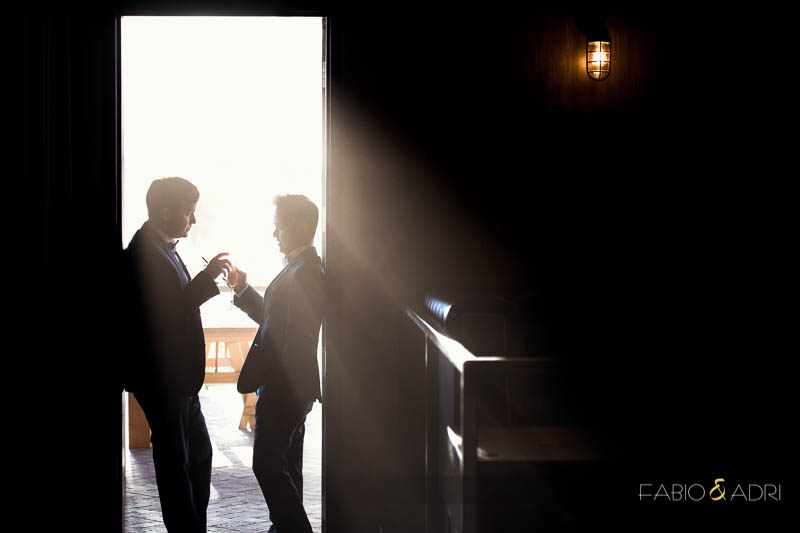 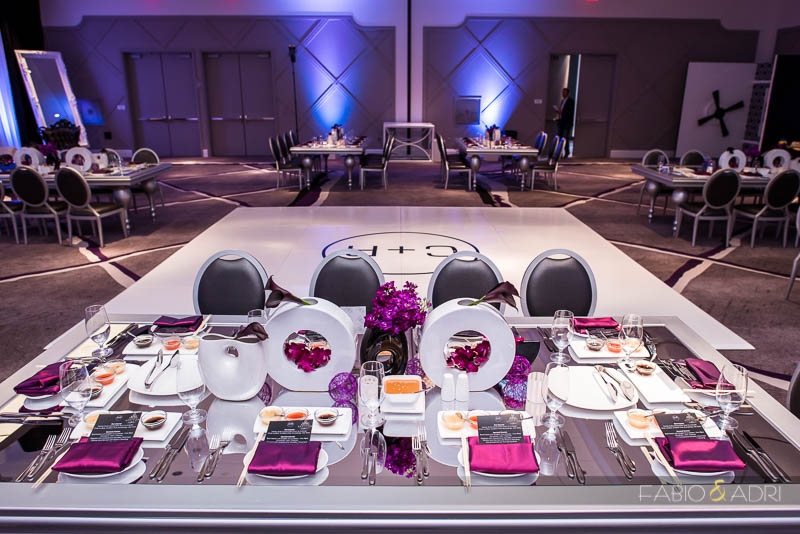 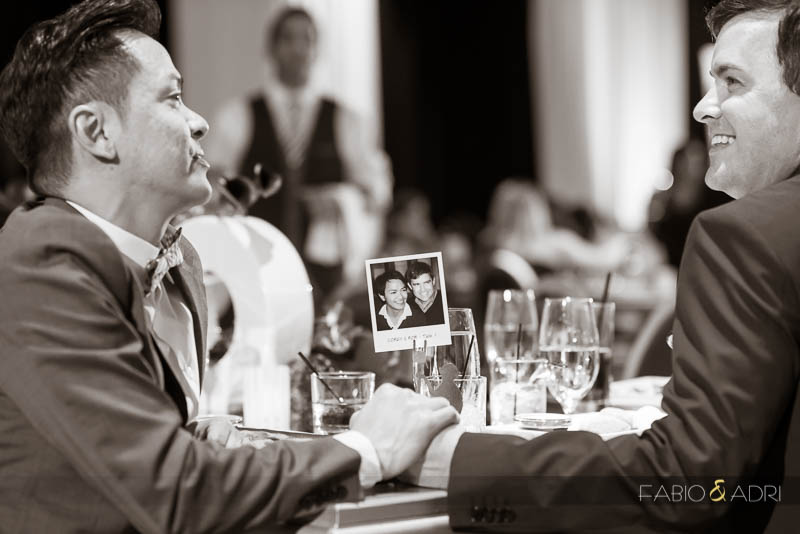 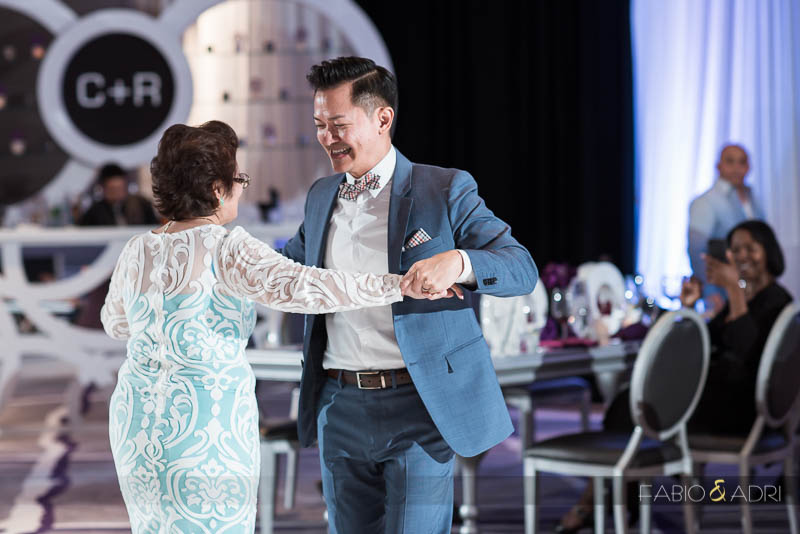 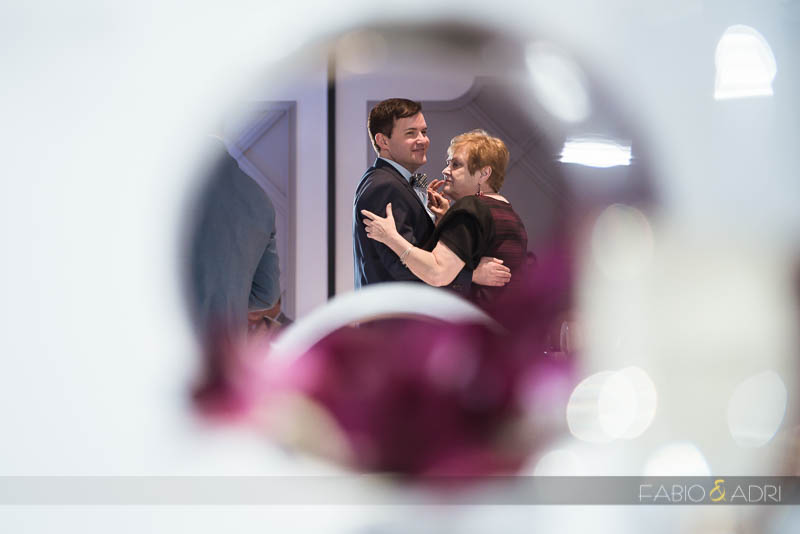 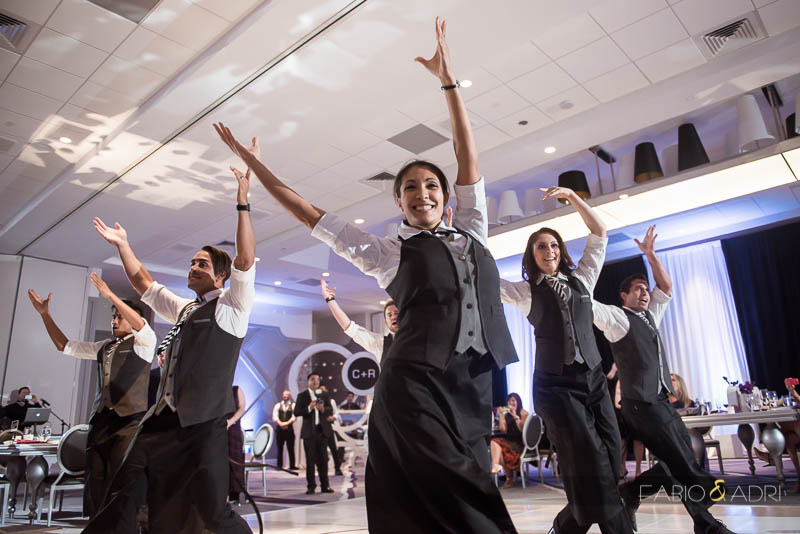 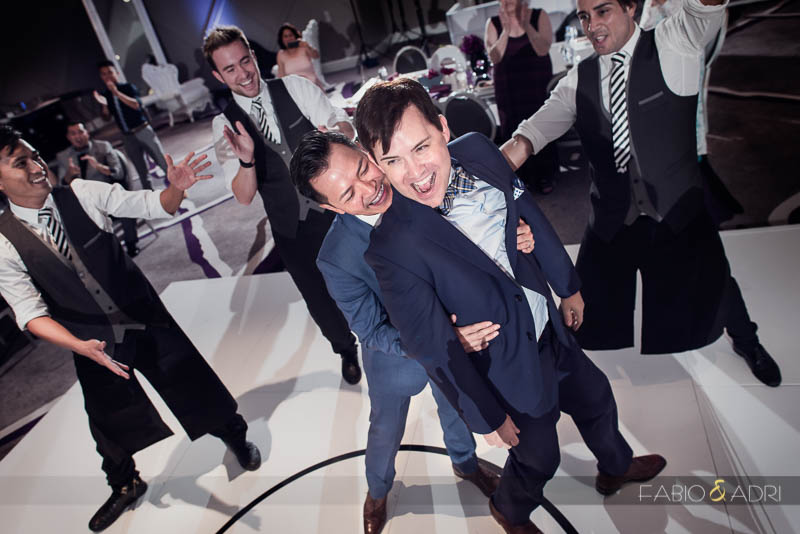 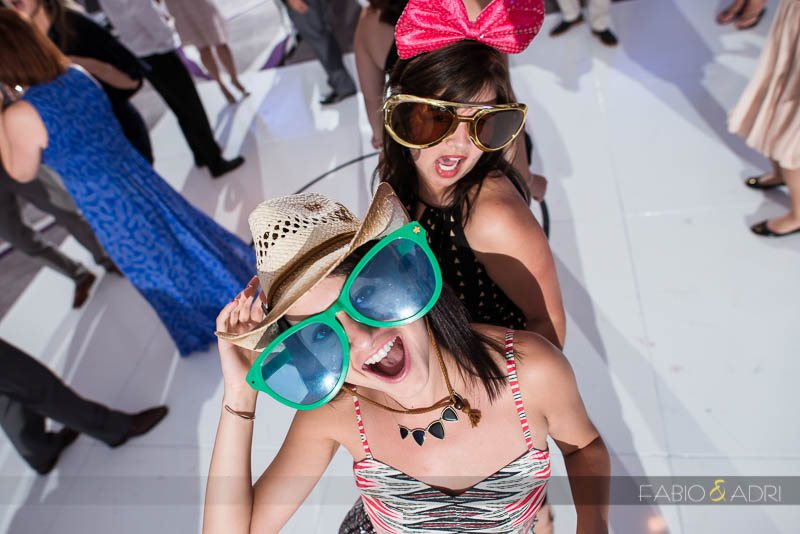 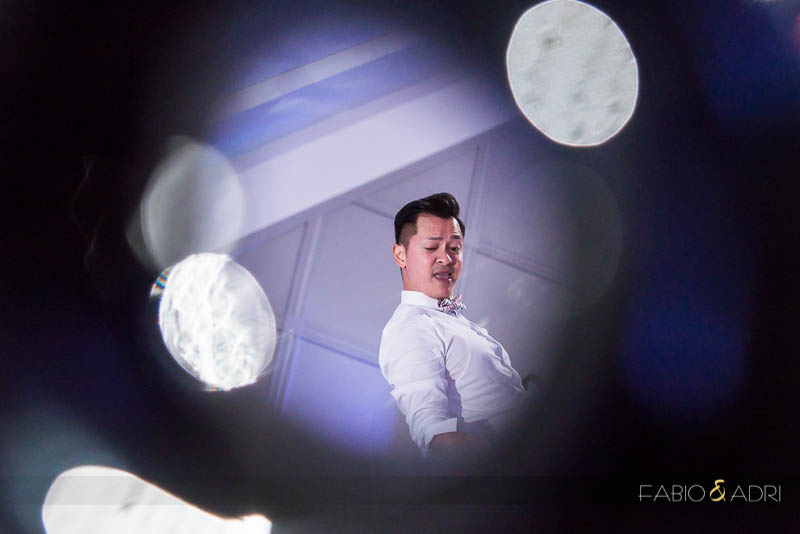 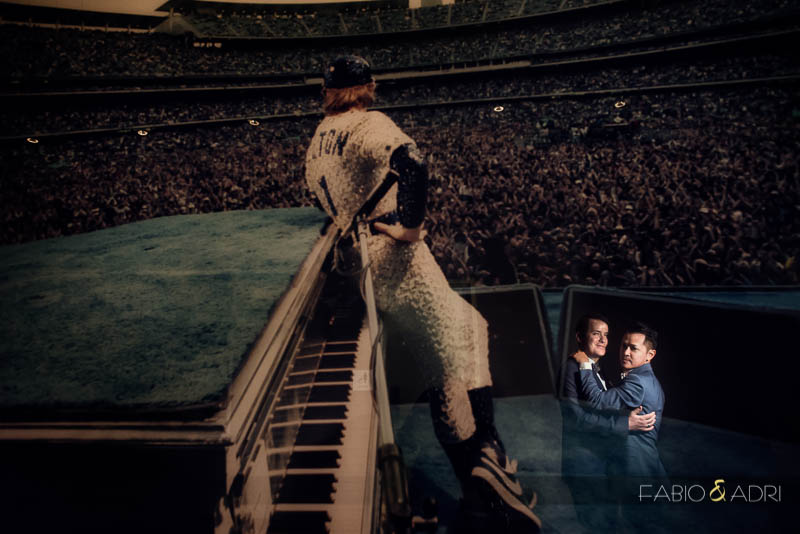